Colin O’Donnell: My Amazing Summer Internship in the Florida Keys 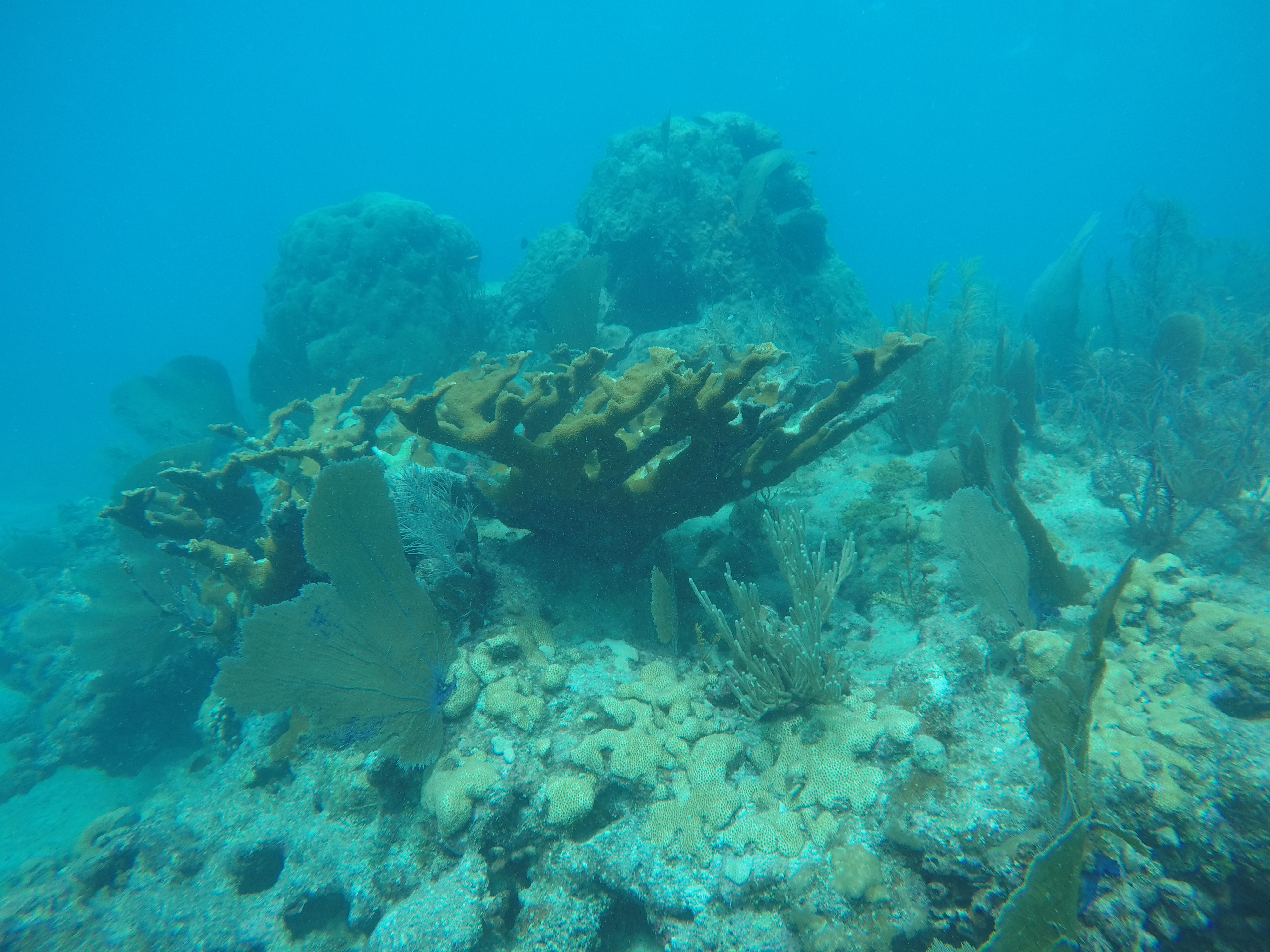 For the 2018 summer months, I was fortunate enough to receive an internship working with Dr. Robert Nowicki at Mote’s International Center for Coral Reef Research and Restoration in Summerland Key, Florida. While there, I was able to learn from a wide variety of experiences, such as fieldwork, lab work, literature reviews, R data visualization, and recreational diving.

Upon first arriving at Mote, my advisor Robert Nowicki had started a preliminary project analyzing whether seagrass beds had the potential to act as a filter for coral pathogens since there has been an outbreak of an unknown disease affecting the majority of the reef. For data collection, we sampled the water column right above eight seagrass beds and eight adjacent sand habitats. Back at the lab, we pipetted 150 microliters of the water sample onto TCBS plates and then used plating beads for colonies. After 48 hours of letting them sit at room temperature, we counted the number of colonies — specifically, it was broken up into yellow colonies and all other colonies seen. With that data, we imported it into R. Unfortunately, we did not find a strong correlation for seagrass beds reducing Vibrio abundance. In the future, Dr. Nowicki is waiting on a permit that will allow him to place coral directly along the seagrass beds so he can see if there is a more direct filtering response.

Dr. Nowicki also is working to create a long-term database of shark populations in the lower Florida Keys. To assist his research, I was able to tag a shark and collect data on it! To catch them, we set out 10 drum lines with bait attached, waited for a couple hours and then visited the lines again to see if a shark was on the hook. In the handful of times I was able to go out on Dr. Nowicki’s research boat, we were able to catch two 7ft nurse sharks, one 6ft lemon, and a 7ft lemon shark. Once the shark was captured, we proceeded to collect data on the shark’s length, sex, location, species, girth, and any notes of the animal’s health.

A third project I was able to work on was his ongoing assessment of much damage Hurricane Irma caused to seagrass beds. For this, we conducted a literature review to gather information from other papers about past seagrass bed damage caused by hurricanes. Finding out the resiliency of seagrass beds during hurricanes was a major point of the review. Another point he wanted us to look at was if human impacts caused more of a destruction then a hurricane alone. Our findings were that seagrass beds unaffected by human impact were resilient enough to withstand a hurricane with minimal loss. But when seagrass beds had a large disturbance by humans, a hurricane was very destructive and almost caused the majority of the seagrass to be lost.

The most recent project I was working on for Dr. Nowicki is a nurse shark bycatch problem by lobster traps in the Dutch Caribbean. For this project, we housed and cared for 18 spiny lobsters and recreated the lobster traps used in the Dutch Caribbean. In the future, Dr. Nowicki should receive the nurse sharks so that he can start an experiment looking at the ways lobsters and sharks both enter the trap, the interaction between the two animals, and determine possible designs that could eliminate the nurse sharks from not being able to exit.

Overall, this was an incredible experience as an undergraduate student. I interned along side other students from across the U.S. and as far away as Australia. It solidified my desire to further my marine sciences education and seek out additional research opportunities next summer.