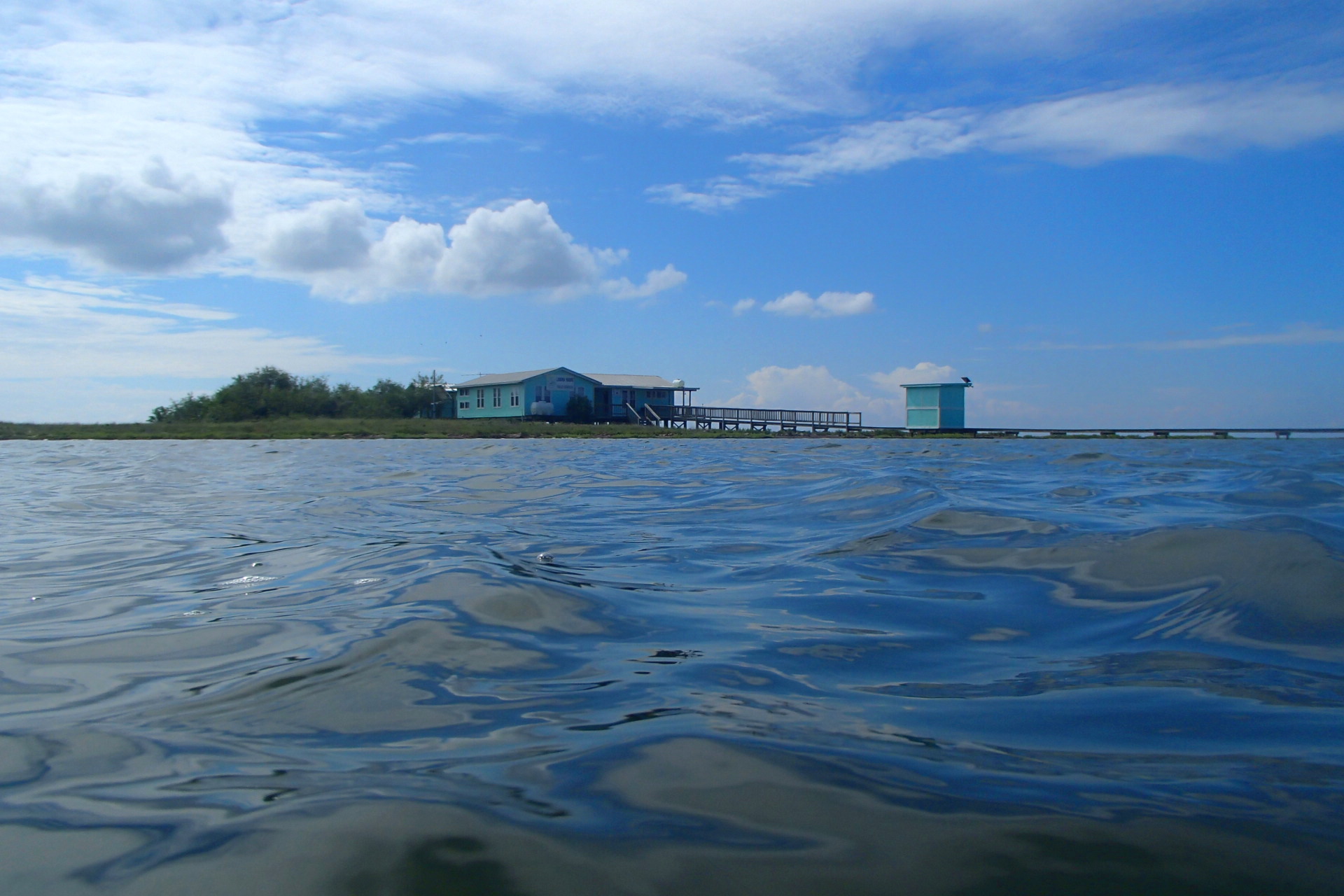 Well in truth our research focusing on the interaction between microbes and plastics in the marine environment has been underway for some time. However, the second part is just underway, and this is the first time I’ve written about it, so I think the title is fine.  Before I get into the details, let’s briefly go over what this research involves. The main focus is to investigate the relationship between nature’s first responders – microbes – and plastic debris in the marine environment. To do this we are deploying capsules containing polyethylene terephthalate (PET) and polyhydroxyalkanoate (PHA) pellets in the upper Laguna Madre. In case you’re wondering, PET is a petroleum-based plastic that is used to make water and pop (that’s what us Canadians call soda) bottles, and PHA is a bioplastic designed to promote bacterial growth and biodegrade rapidly. Since we know microbes respond quickly to contaminants in marine environments (eg. oil in the Gulf), we think it makes sense they will act similarly to the large amount of plastic ending up in our coastal waters. The question that remains is which microbes are responding to this plastic, and how? We’ve designed a study to help answer these questions.

There are two main parts of the study. The field/lab work portion of first part is done, but it involved incubating our plastic pellets (and ceramic pellets as a control) at the water-sediment interface in the Laguna Madre for one month. Following the incubation, we extracted the DNA from the biofilm associated with each type of pellet. We also extracted DNA from filtered seawater to include as a non-biofilm control. The DNA was sent for sequencing on an Illumina Hi-Seq instrument, which we’ve got the data back from and have begun analyzing. I’m not going share the results yet, but to quote a current person of interest, trust me – they’re great. I’ll post later to prove it. Part two is just underway, and the field/lab work aspect of it will run through Fall 2017. The process is very similar to the first part, except subsamples will be taken every month for 15 months, allowing us to track changes in the plastic-associated microbial communities over time.

That’s enough background information for now, and hopefully you get the gist of what we are trying to do. The main reason for this post is to share a video of us deploying our sampling devices that contain the plastic and ceramic pellets. This video was shot two weeks ago out at the Laguna Madre Field Station, which is run by the Centre for Coastal Studies here at TAMU-CC (http://ccs.tamucc.edu/facilities-equipment/laguna-madre-field-station). I’ve edited it together so that you can see the whole process, and hopefully it makes sense!

That’s it for now. I’ll post again shortly(ish) with some results and updates on the project.

Keep your stick on the ice,